Sometimes in the ocean of remakes in Hollywood, they decide to recast actors that starred in the original. (Cameos don’t count because they occur more often than not).

Sleuth is a movie about a meeting between Andrew, an older married man and a young handsome man called Milo. Andrew thinks the latter has “stolen” the heart of his wife.  They then proceed in engaging in a battle of wits to see who will come out on top.  Michael Caine portrayed the younger man in the original in 1972 with Laurence Olivier as the married man, and then in the remake in 2007 took the role of Andrew with Jude Law in the role of Milo. 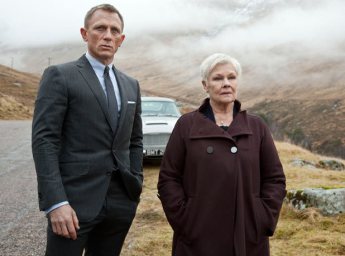 James Bond needs no introduction and for those that have watched the recent movies neither does Judi Dench in the role of ‘M’ (M is the head of MI6).  She was firstly cast in the James Bond movies starring Pierce Brosnan, starting with Goldeneye in 1995  and then she was recast in the Jame Bond reboot with Daniel Craig, with the first movie being Casino Royale in 2006 .

Maverick is originally an American western TV series which run from 1957-1962, and James Garner portrayed Bret Maverick,  who is a poker-playing rounder, who travels around looking for high stakes games.  He later regained his role as Bret Maverick in a series sequel in a show that run from 1981-1982.  After that he was cast as Marshal Zane Cooper in the movie Maverick in 1994 with Mel Gibson starring as the homonymous character.